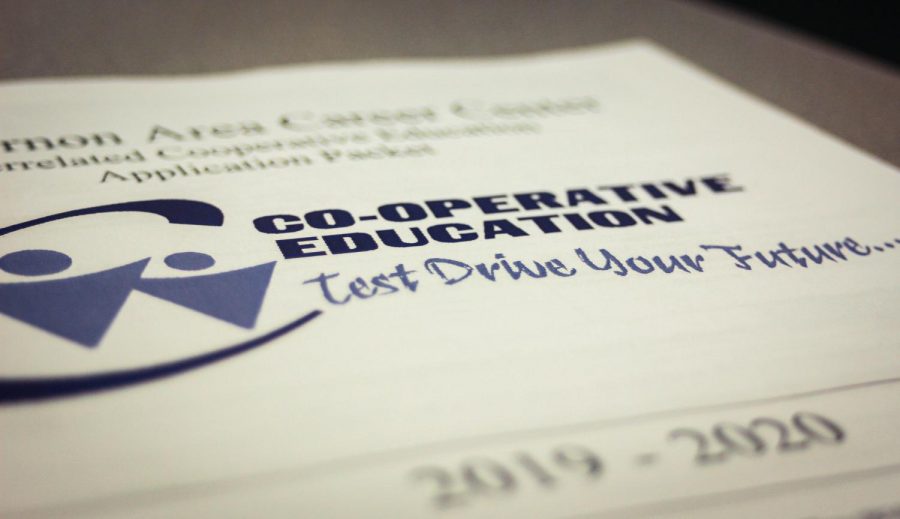 “I chose maintenance to create a healthy lifestyle for the people around me,” Hunter Mann, ‘19, explained.

Mann began Co-op at second semester unsure of what to expect, but he is excited to be doing something to better the school.

“I started Co-op at the beginning of second semester,” Mann ‘19 said.

Senior Andrew Campbell began Co-op this later into the second semester, learning of the opportunity from his friend, Hunter Mann.

“I was not aware that I could do it until after second semester had started when Hunter told me about it,” Campbell ‘19 explained.

Both Mann and Campbell learned about Co-op from a friend, spreading the word of all the jobs available to students at MV.

“Hunter was the one who talked me into it and talked to Mr. Rightnowar for me,” Campbell said.

“I was recommended through a former co-worker,” Mann said.

The options for Co-op jobs through MV are endless, but knowing which one is a good fit for you is not as difficult as it might appear.

The process to get into Co-op may vary from student to student and job to job.

“I put in an application and waited for an interview from the manager,” Mann stated.

Campbell’s process was in some ways different because he came in late to the application.

Even so, after setting up a meeting with his counselor to decide whether Co-op was a good option for him, he too got interviewed and accepted into the program.

“ I talked to Mrs. Allen and then talked to Brian and they got me into it,” Campbell explained.

Co-op may seem like an easy way to get out of class to some students, but to these two it was about character and growth.

“I want to show skills in my life that I have the opportunity to learn through the job,” Campbell agreed.

While maintenance may not be the first job students think of when concerned with Co-op, it is an extremely important one.

“It allows the students to try different things,” Campbell stated.

“It helps improve my skills and helps keep the school a cleaner place,” Mann responded.