Homework, practice, family all compete in lives of student-athletes 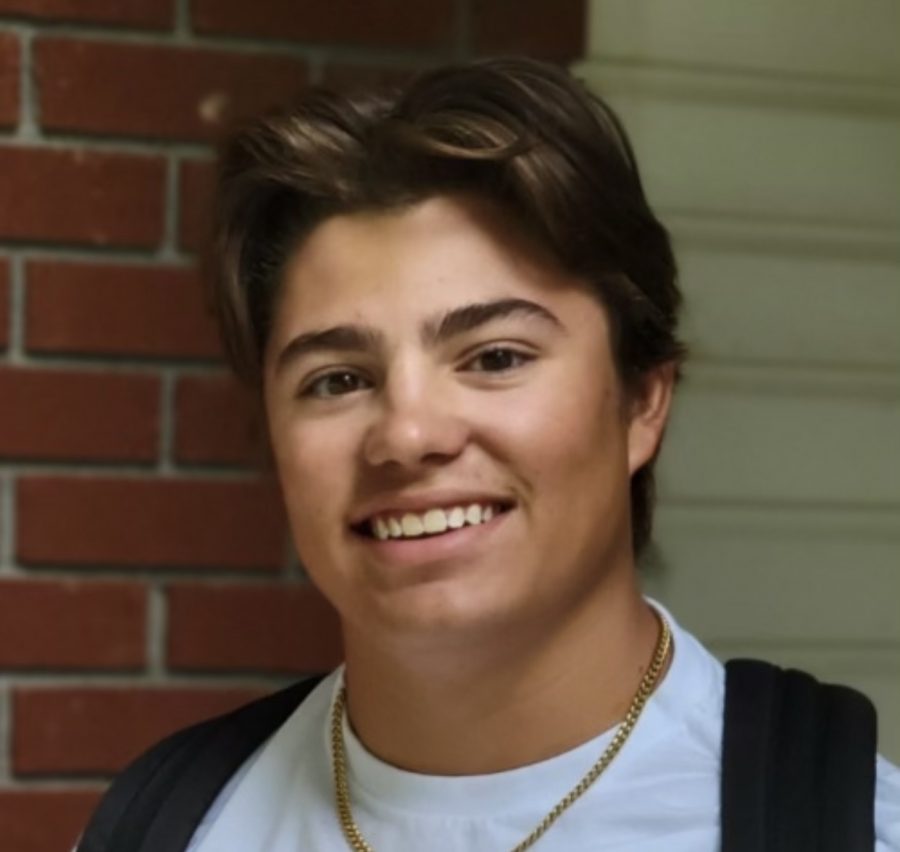 Whether it’s the stadium lights flickering to life or the stands being pulled out in the gym, there’s a sense of quiet anticipation before a game. It’s the calm before the storm. Soon, a basketball will pound on the floor, a volleyball will fly as it is spiked across the net, the crack of a bat will sound, or a football will sail down the field.

Regardless of the sport, fans will always come out to watch the chaos and excitement of an athletic contest. It is why sports were invented – to entertain, to capture the magic of athleticism and competition. It’s a frantic all-out battle between two teams, sure to always captivate fans’ attention for at least an hour or two.

But what the fans see is only scratching the surface of what really goes into playing a sport. Beneath the surface is a team full of players who, to the fans, may just be a name on a list or a number on the court. But what the fans never see is the lives of the student-athlete. The school work, the practice, the home life, the emotions that are all going on in the person’s life. The only person fans will see is the athlete that’s on the court, battling for a win.

It has always been preached that in high school, one is a “student-athlete,” with an emphasis on student. The “student” part of a student-athlete is often overlooked. There is not a section in the roster that highlights athletes’ good grades, even though school requires just as much time and effort as practicing and playing a game. There are standards put in place to assure that if athletes aren’t doing their job in the classroom, they will not be competing in any competition or game. For some, there is a great deal of time and effort put into achieving and upholding the standards. It’s a part of the athlete that others don’t see, nor does the athlete receive recognition for … yet it plays a vital part in an athlete’s life.

An athlete is constantly told that the work put in during practice will show when the game is being played. All fans know that athletes practice and prepare for games, but it’s the intensity of the practice that is overlooked. Any high school athlete will vouch that practice is no walk in the park. Athletes are constantly being pushed to their limits, pushing themselves to get better physically and mentally. They push themselves to keep running during sprints or finish a lift when the weight gets heavy. The physical and mental toll practice can take on an athlete is rarely ever seen or thought about. For every made basket, caught pass, spiked volleyball, hit baseball, that is highlighted in the contest, it’s safe to say that it was practiced at least a thousand times before. There are countless numbers of hours that are poured into practicing and preparing to put on a show for the fans in the stands that night.

Without a doubt, the atmosphere at a game has an impact on how a team plays. A player feeds off the energy of the fans and lets the cheers fuel their play. However, at times, regardless of how loud the fans are or what they’re chanting, an athlete simply will not hear the crowd. There are times when a player is so dialed in and focused on the game and the task at hand that the cheers become background noise. Emotions are at the highest level during games because of how competitive athletes are. The mental toughness to stay focused and give one hundred percent effort for the entire game is something fans may not consider. It’s one of the key skills that separates the good from the great, and it is something that isn’t easily seen.

While being in the spotlight, playing the game one loves is one of the best feelings, it can take a toll on an athlete. During the week, athletes have very little free time because of both practice and homework. The stress of keeping up with school combined with the nervous anticipation and preparation for a game can push a person to be mentally exhausted. It’s one of the hardest parts about being a student-athlete because they spend over half of their day doing either school work or practicing, and they are expected to excel in both areas. Even as mentally exhausting and stressful as sports can be, when student-athletes look back in time, they don’t remember the stress, frustration, the difficult times, the bad practices. All that is remembered is the intense games, the crowd roaring when they make a big play, and the moments when they would be rolling with laughter with their teammates.

When the bright lights come on and fans are in the stands ready to be entertained, they see a product. An athlete’s performance during the game is what is remembered. Moments during those games create memories for both fans and athletes. The one to two hours a week that is spent playing the game is all that is seen. The majority of time and effort is put in behind the curtain, whether it be with homework, practice, or keeping emotions in check. While the purpose of sports is to entertain and put on a show, there is a lot more behind the scenes action than meets the eye.